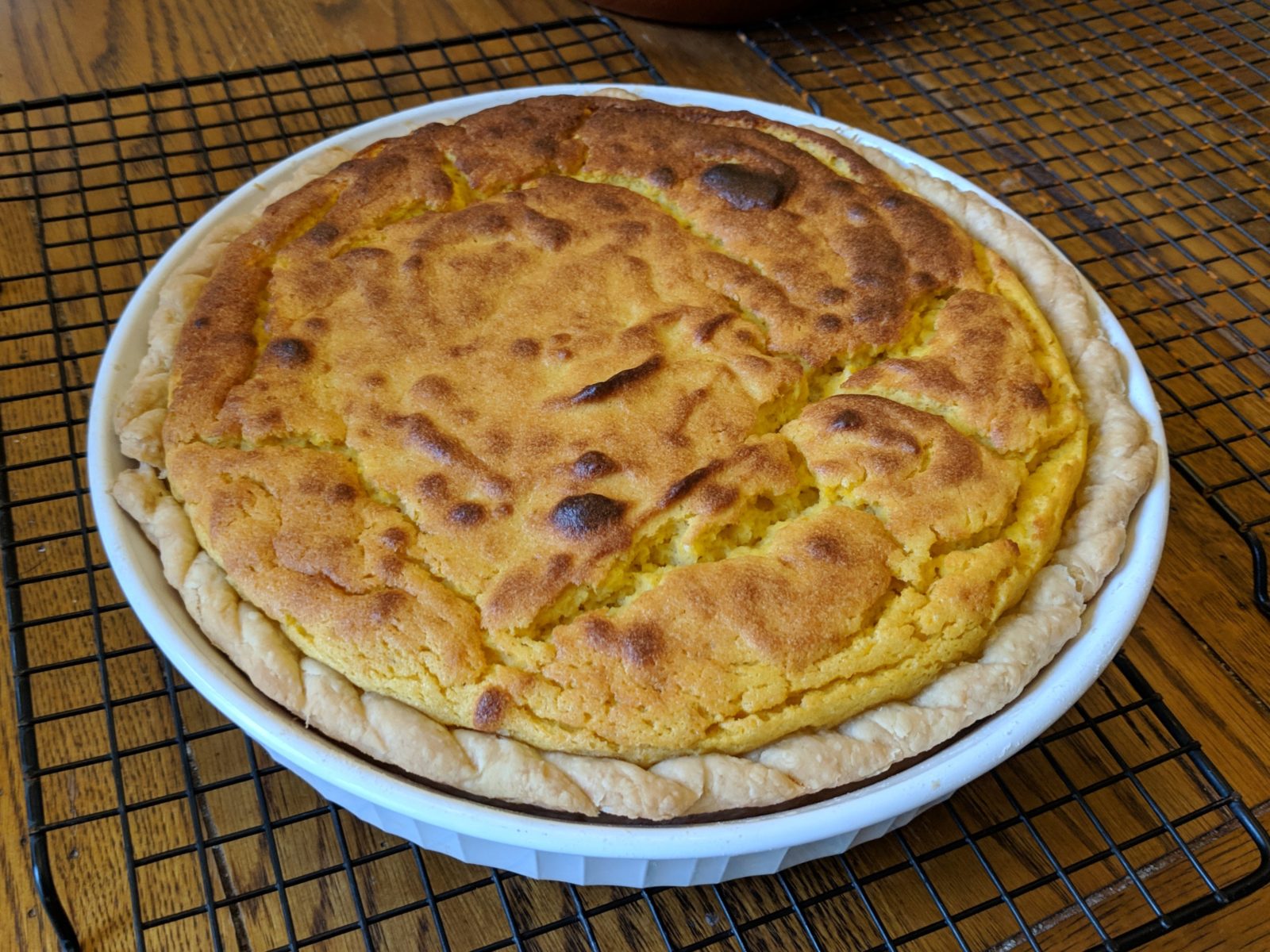 This recipe for pumpkin pie comes from Aunt Babette’s Cook Book1, published in 1889. It is both similar to, and different from modern recipes for pumpkin pie.

There aren’t any real surprises in the ingredients here, they’re pretty much the same as modern recipes, with possibly the exception of the mace. Mace is less popular now than it used to be. If you are not familiar with it, mace is the outer coating of the nutmeg, similar in flavor, but “spicier”.

The major difference here is in the method of assembly. Be sure to read that original recipe through more than once! If you just follow it in order, you find further in that you will have gone wrong. The big deal here is that the eggs are separated, and the egg whites beaten stiff then folded in. This results in a very light and airy pie, having some resemblance to a souffle when removed from the oven.

You can see from this photo taken just before removing it from the oven that it has risen well above the level of the pie pan.

After cooling, it shrinks back down to level, but it’s still quite light.

And above you see it after slicing. You can see where some separation occurred, resulting in a thin custard layer above the bottom crust. But the majority of the filling is quite light in texture.

In comparison to modern recipes, I found it slightly less sweet, but still sweet enough, and far lighter in texture. It’s not as heavy on the stomach either. 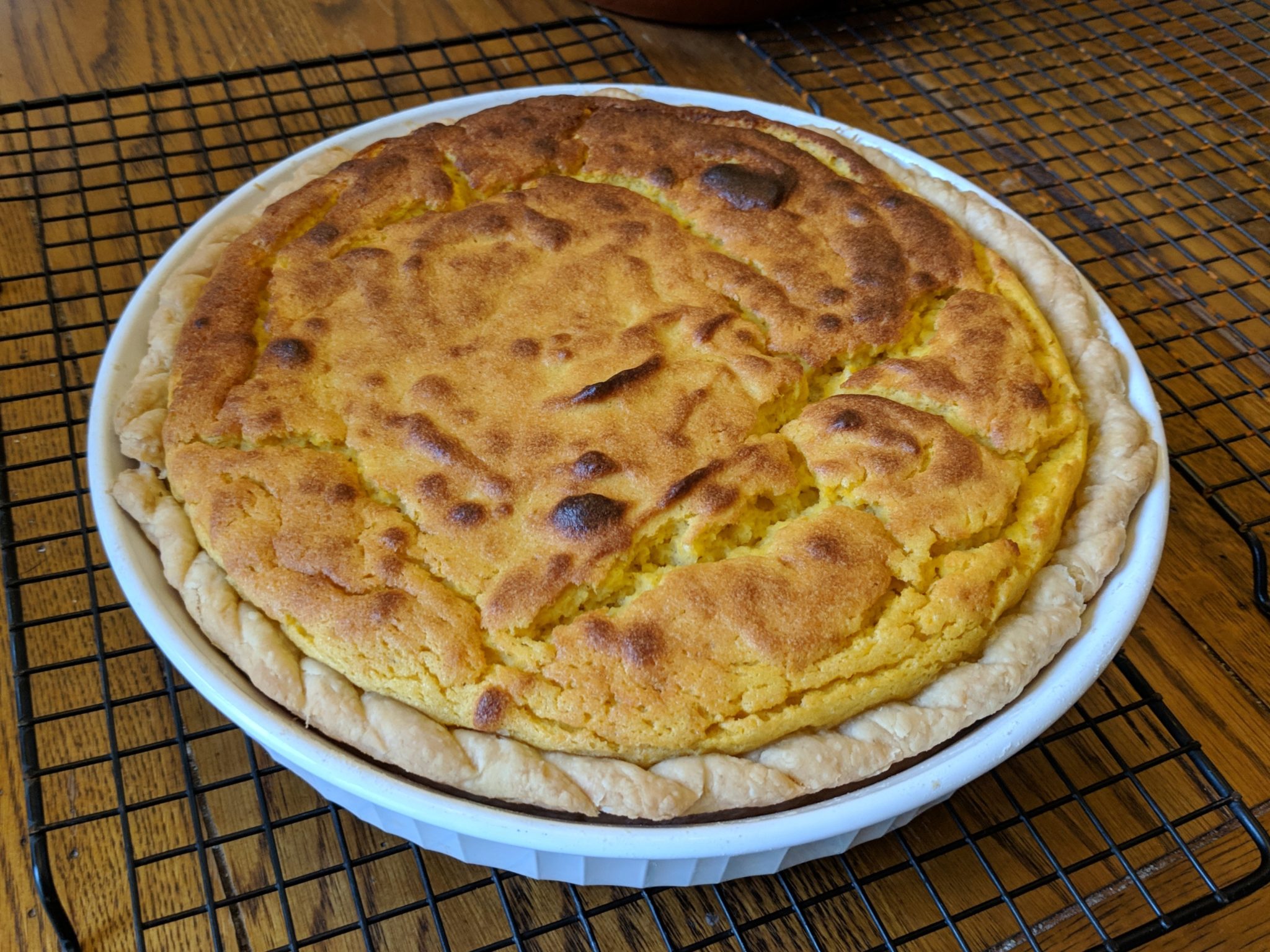 I have done this with both uncooked and blind-baked shells. Both come out satisfactory.
Needless to say, the original recipe did not call for use of a food processor. Back then, the cooked pumpkin was sieved, forced through a fine mesh screen, to puree it. But unless you're the type to beat egg whites to stiff peaks by hand with a fork, I suggest the food processor.