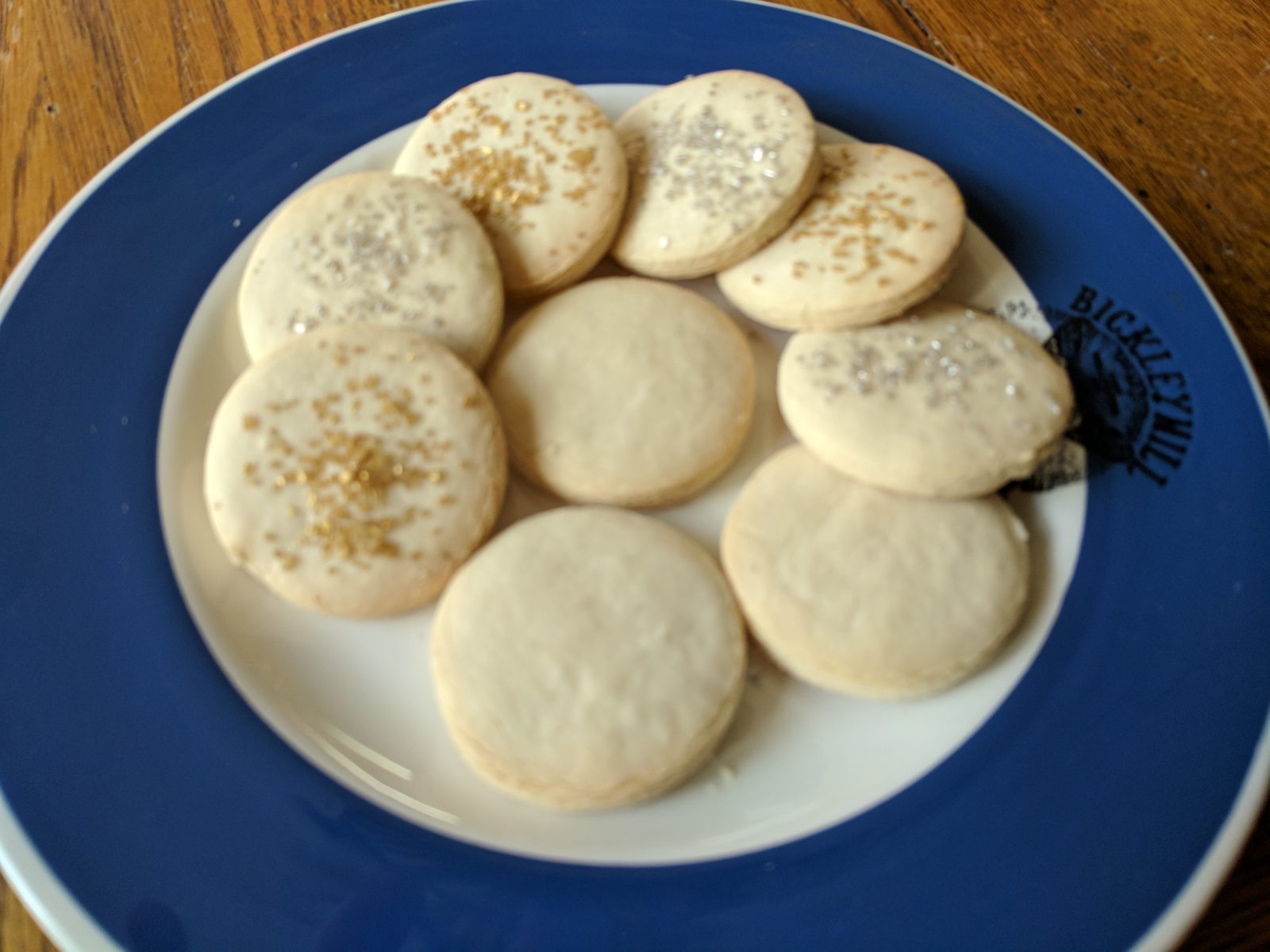 Cookey. (Dutch, koekje.) A little cake. Used in New York and in New England. A Near Year’s Cookey is a peculiar cake made only in New York, and at the Christmas holidays. In the olden time, each visitor, on New Year’s day, was expected to take one of these cakes. The custom is still practised to a considerable extent.[1]

“Cookie” is not a term you see much until the 20th century. Prior to that time, what we refer to as cookies, would have been called biscuits or cakes. But there is one specific exception, the New Year’s Cookey. The quote above sums it up quite neatly. In the (formerly Dutch) city of New York, there was a tradition of handing out koekje on New Year’s day.

Cookies and biscuits of the time, were not as complicated or as sweet as modern cookies tend to be. This specific recipe only calls for five ingredients.[2]

And, of course, typically, it has almost zero instructions.

These were not usually decorated, but no reason you can't
The dough is fairly stiff and tends to crack a bit, especially if it gets cool. Do NOT refrigerate before rolling. I recommend rolling immediately after mixing and kneading.
I cut the recipe to 1/3, which made 3 dozen 2" diameter round cookies.