Biscuit can be a troublesome term in historic cooking. In England, biscuit more commonly refers to what Americans would call cookies or crackers. And into the 19th century, the English term was still commonly used  in American books. But even when it is used for the more modern American style biscuit, they were still quite different. Two types were common, yeast bread biscuits, and baking soda/powder biscuits. Yeast biscuits today would more likely be called pull-apart rolls. It was pretty much straight up bread dough, formed into balls and placed closely in a pan to bake.

This particular recipe comes from Miss Parloa’s Kitchen Companion[1], and uses sour cream as both liquid and the fat. It produced a very light, very cake-like biscuit. It crumbled fairly easily, but was extremely tender and tasty. I also enjoyed them sliced and toasted the next morning. 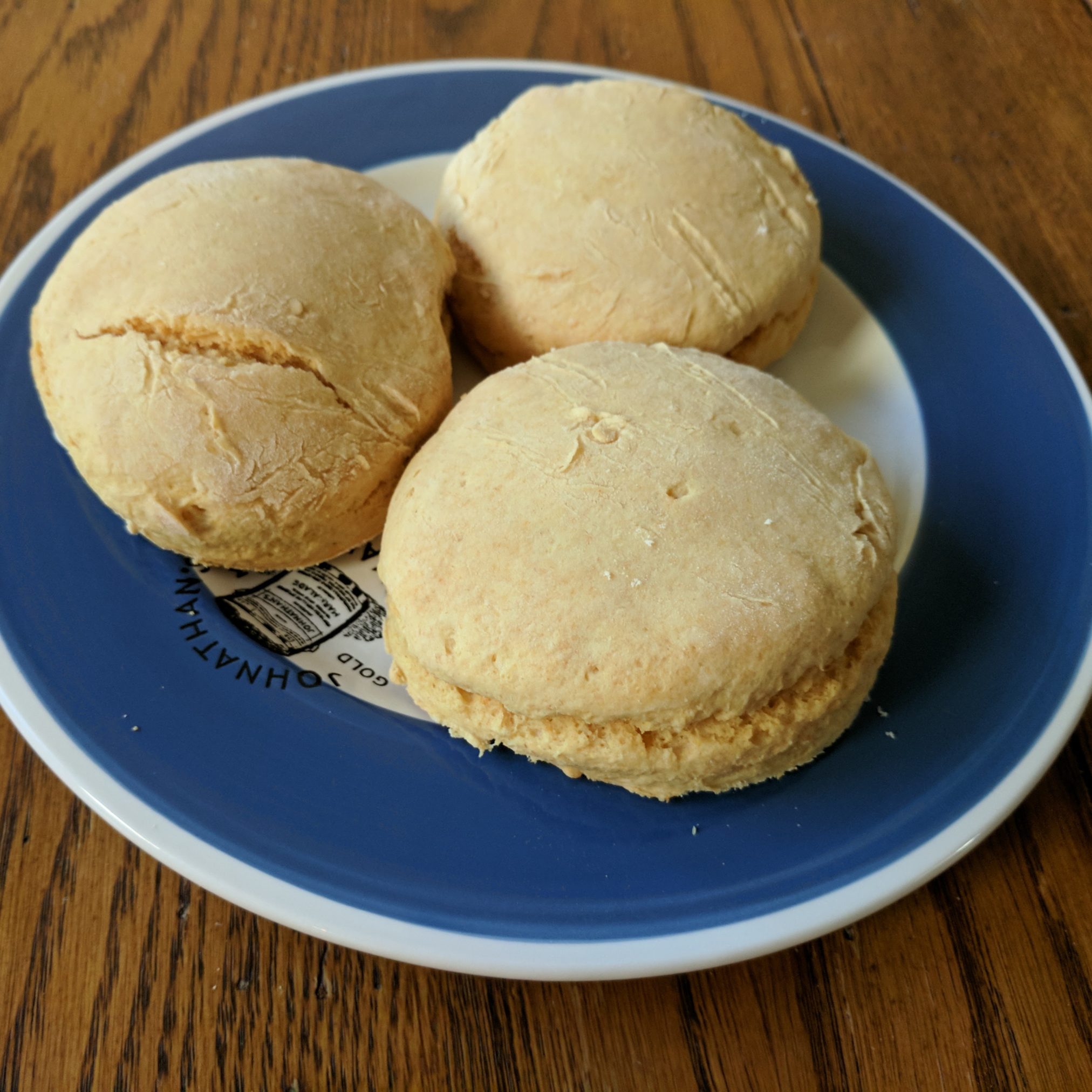 The original recipe calls for adding the baking soda to the liquid, rather than with the dry ingredients. This was very common at the time, and possibly due to the coarser nature of the soda at the time. The problem is that soda immediately reacts with the sour milk/cream, wasting some of its power. It also becomes a time-bomb where you have to very quickly add the liquid. With today's very high quality soda, I prefer to add it with the dry ingredients.