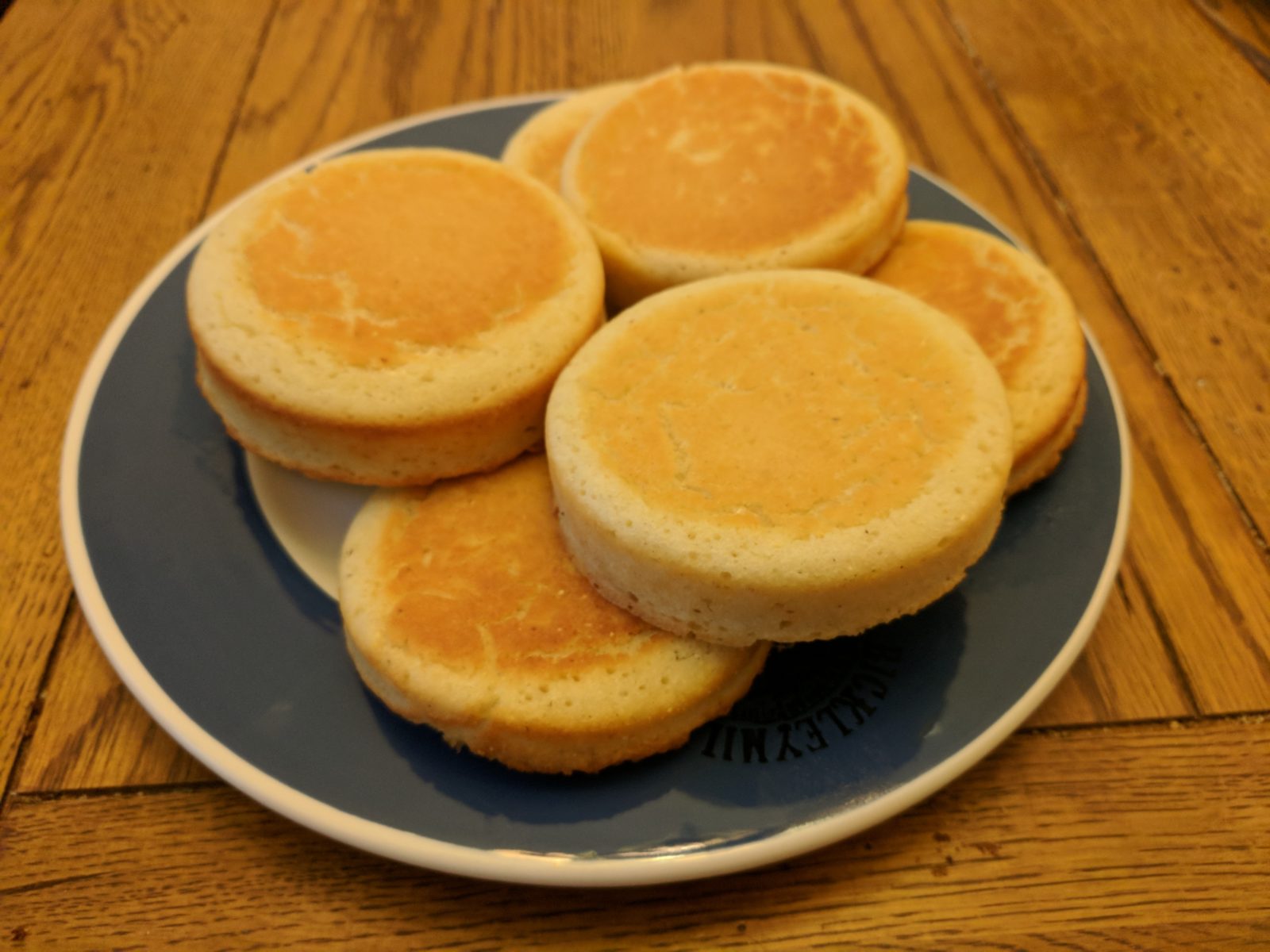 This recipe comes from the Reynolds Ledger, a handwritten book of late 19th century recipes. One of the first things modern cooks have to consider when making a recipe for muffins, is that until the later 19th century, they were cooked in rings on a griddle. And until the very late 19th century, even when baked, they would not be the cupcake-shaped muffins we are used to. Instead, they were essentially “English Muffins”. (Note that the actual term “English Muffin” does not appear in any of my 19th century cookbooks, they were just “muffins”. What we call muffins today were called “gems” back then.

Happily, a proper muffin pan is still made, though they don’t call it that. Lodge makes what they call a “drop biscuit pan” that makes seven very nice 19th century muffins. The shape of the cups is identical to muffin pans of the late 19th century.

Note that 1/2 of the below recipe is exactly what is needed to make seven muffins in this pan.

These particular muffins are late 19th century, and use baking powder rather than yeast. The only modification I have made to this recipe is to decrease the milk, 3 cups is *far* too much. This may be one of two things. Either it was just done as “have this much on hand but only use enough to make a proper batter” or possibly the measure was teacups, which were 6 oz, not 8oz. Either way, reducing the amount to 2-1/2 cups works out well. And of course, there are are no actual instructions, just the list of ingredients.

I have tried this recipe using muffin rings on a griddle, and it worked, but I find that the cornmeal batter sticks to the rings, where the wheat muffins I have made do not. You can see in the picture below where the edges are a little ragged from needing to cut them free of the rings. I therefore recommend baking them in the oven. 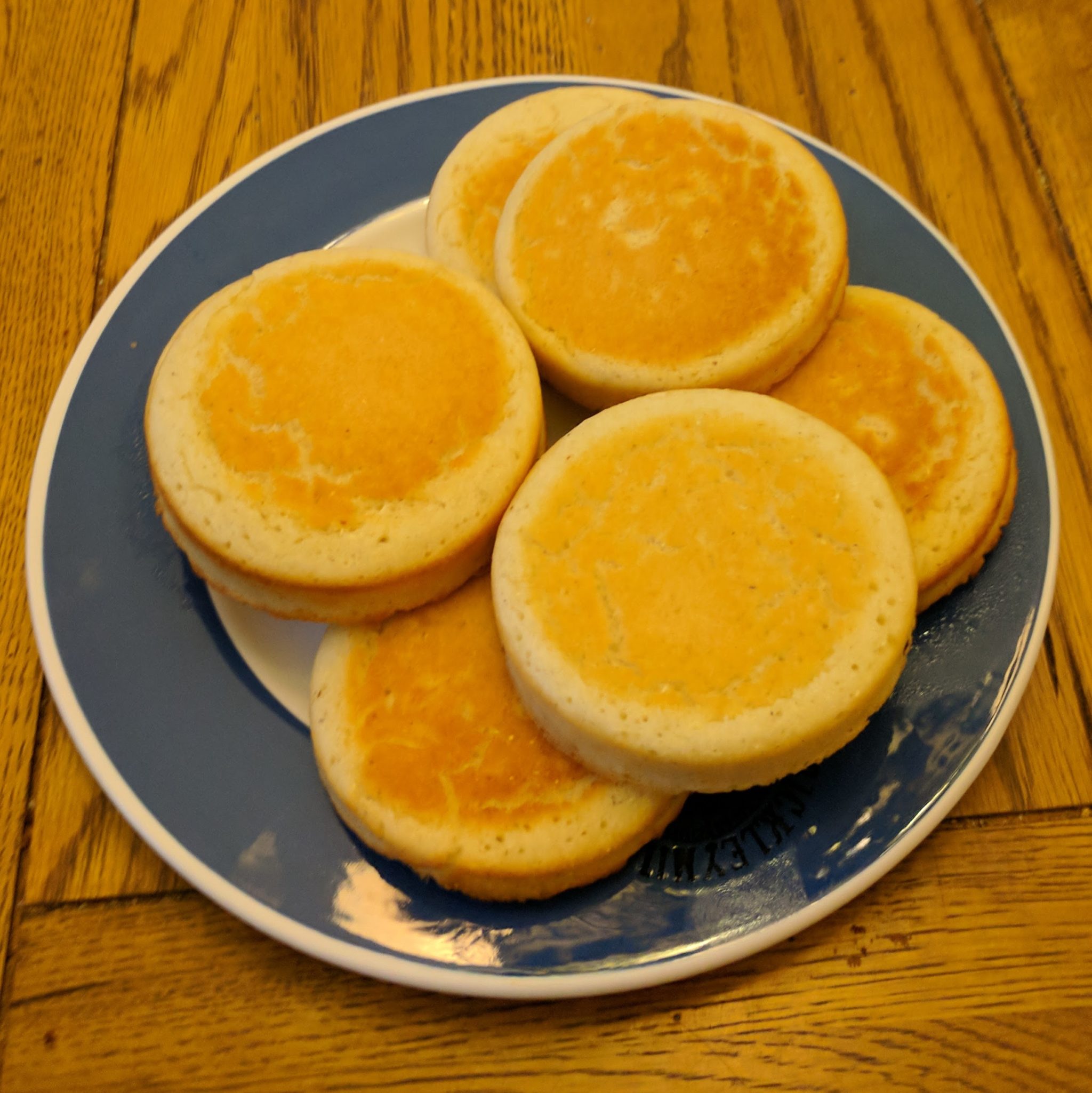