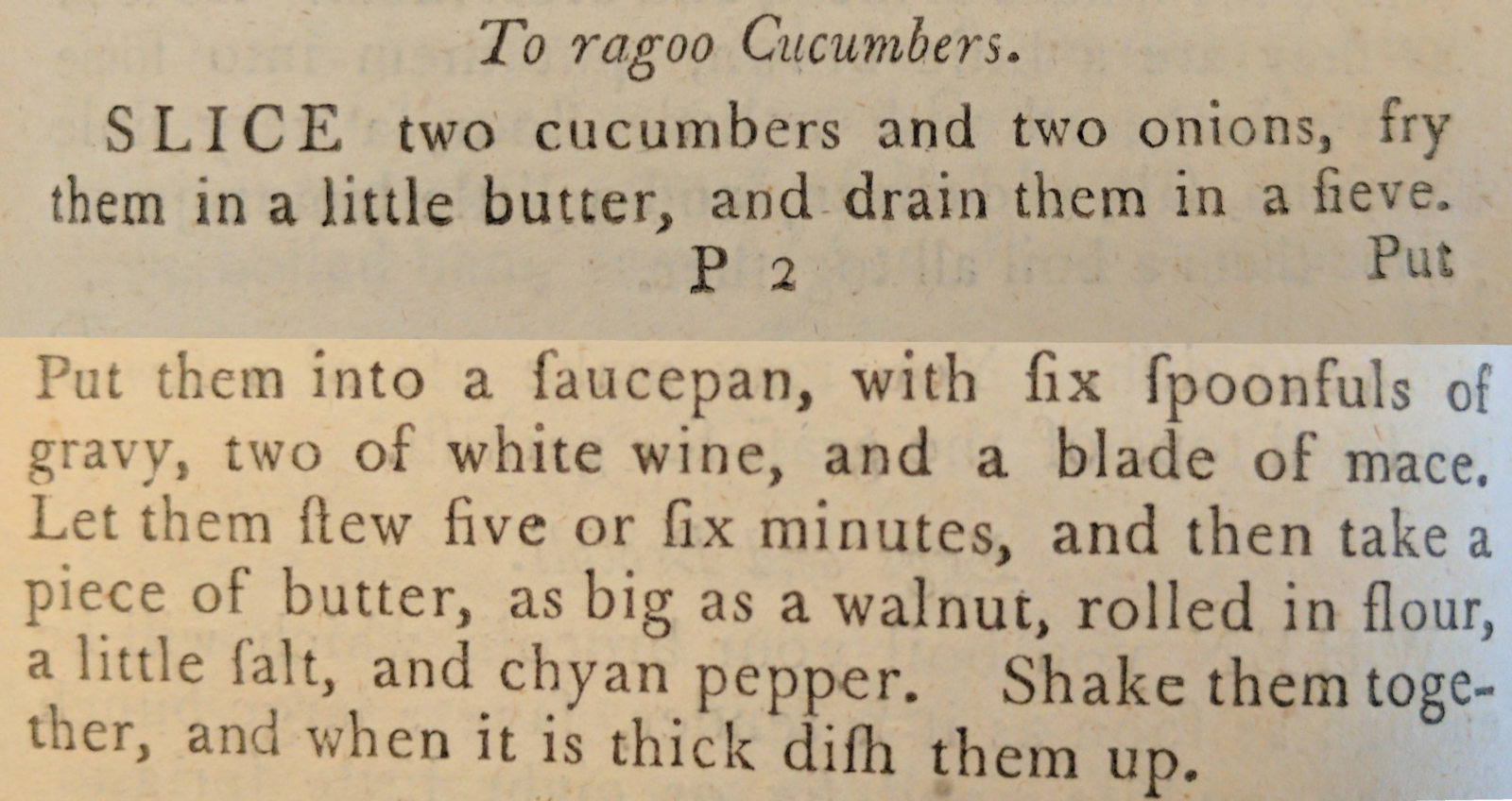 In 19th century and earlier cook books, it is not unusual to see cooked dishes of cucumber as well as cold. This recipe comes from a late 18th century cook book “The Universal Cook”[1]

The flavor of this dish is unusual to modern tastes, so my first taste was “this is odd, good, but odd.” By the end of the meal, the opinion was a firm “I would definitely do this again.”

A few items of note here:

Who knew you could brown cucumbers? 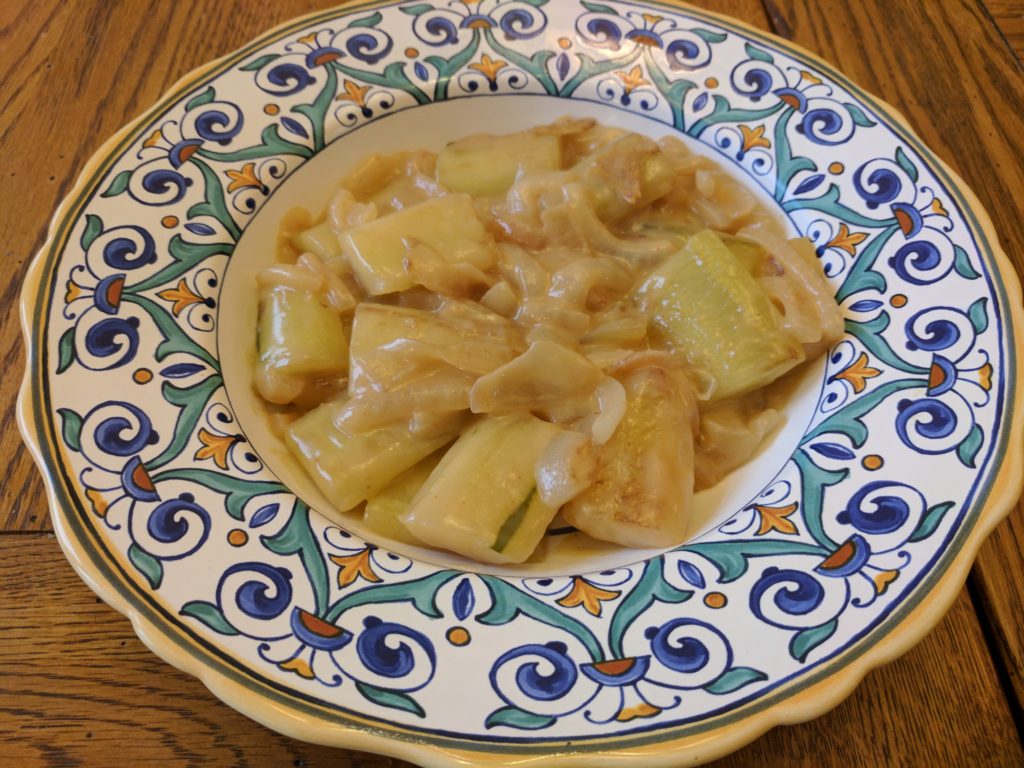 The stock or broth can be anything you have on hand, but chicken or vegetable broth is probably best.