Sometimes, the jewels in an old cookbook are the things written by the previous owners.
Old cookbooks had blank pages at the end or middle, for writing your own recipes. In my copy of Miss Parloa’s New Cookbook (1882) was this handwritten recipe for Pepper Hash. For those not from the Amish country, Pepper Hash is another name for cole slaw. Today, pepper hash really tends to refer to one specific style, but it was apparently not always true. Today’s pepper hash is a mixture of finely grated cabbage and carrots in vinegar, generally served in very small cups.
The recipe here bears a striking similarity to a recipe for cole slaw by Chef Robert Irvine. So similar in fact, that I used his recipe to flesh out the missing measurements of the older recipe.

Note that the recipe calls for the cabbage to be “chopped fine.” Modern pepper hash chops the cabbage to almost rice-sized pieces. I personally like mine to be sliced fine, but left in longer pieces.

This has become my #1 go-to recipe for cole slaw. 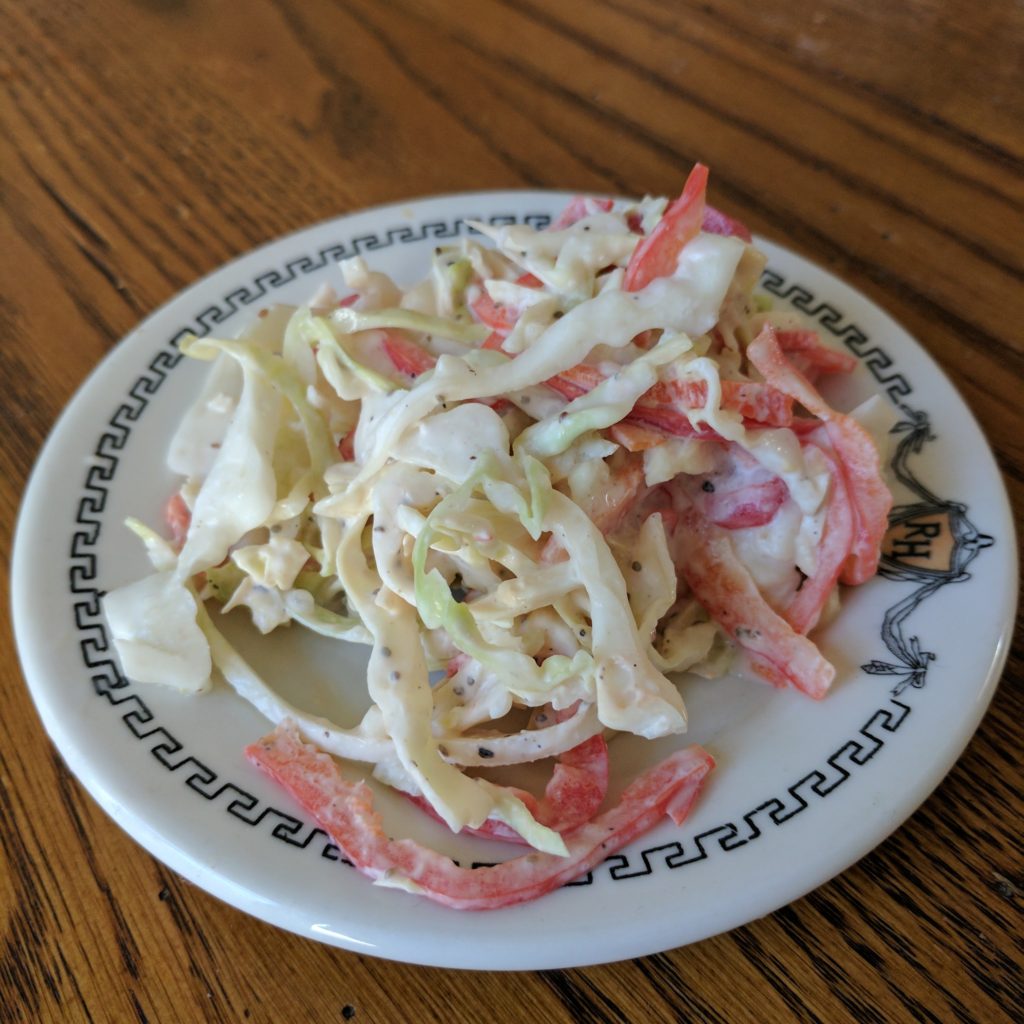 This is one half of the original recipe.

The original recipe calls for the cabbage and peppers to be "chopped fine." In modern pepper hash recipes, this is just a bit larger than rice-sized. I personally like mine to be sliced very fine, but left longer.