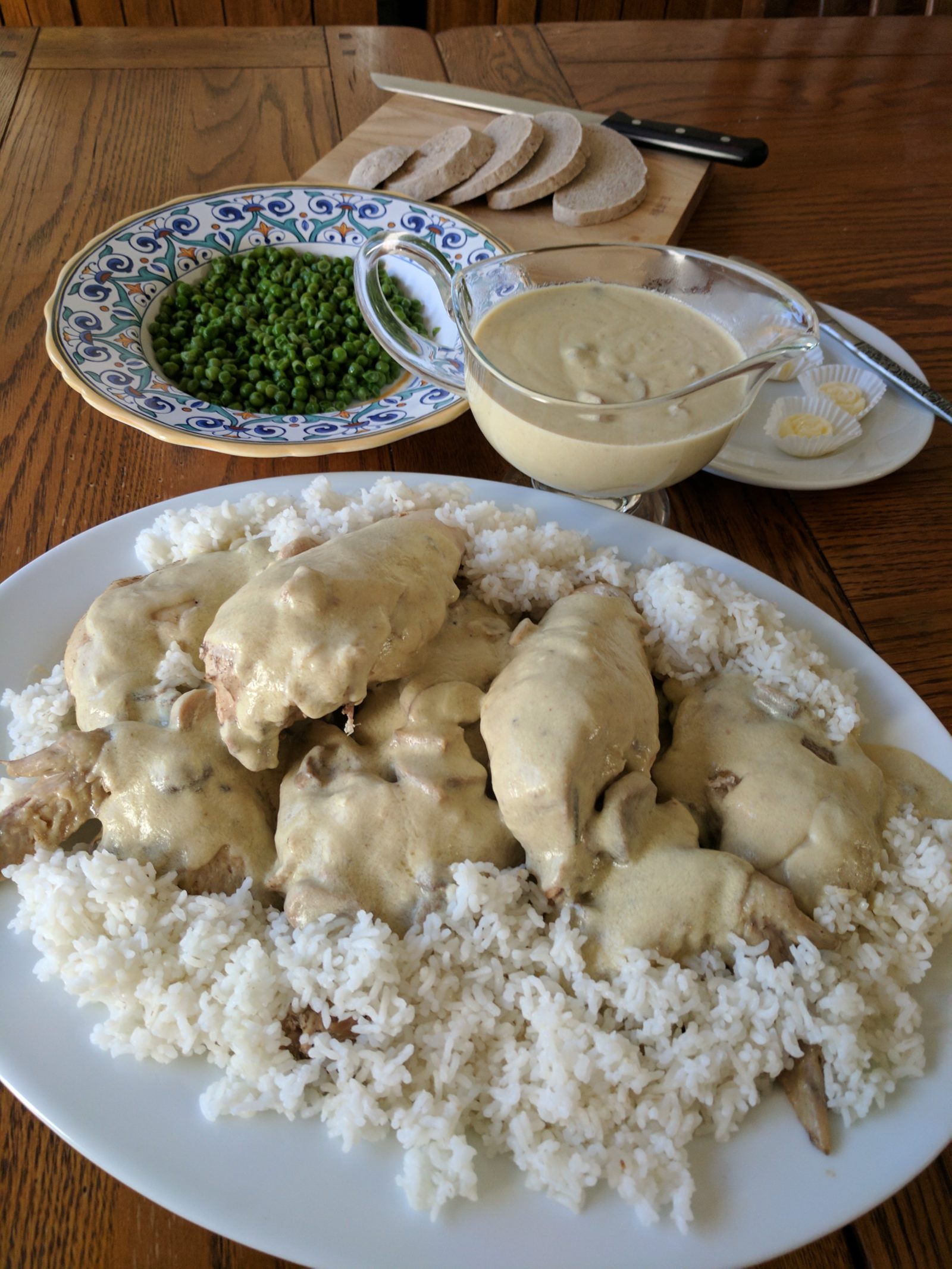 So, how many of you remember Yosemite Sam yelling about how he was going to “fricassee that rabbit!” Congratulations, you’re probably as old as I am. Now, how many of you have the faintest idea what fricassee is? Until a couple months ago, I had no idea at all. It turns out that fricassee involves kind of a cross between boiling and braising a parted chicken or rabbit, then making a gravy from the broth. You probably could do it with a duck or other game birds, or maybe even squirrel. This particular recipe is from the Waldorf cook book(1), and is a bit more involved than the others I’ve come across. But you’d kind of expect that from a high-class place like the Waldorf. Even so, it’s not a particularly complicated recipe, fricassee turns out to be fairly simple. Being simple, it also has the advantage of not requiring a lot of “filling in the blanks” that a lot of these old recipes require.

The unique part of this recipe is that fact that Chef Oscar uses eggs to thicken the gravy. This produces a slightly custard-like, very rich sauce. It’s a little more complicated, but not much. And it was very tasty.

The only step I outright left out of the recipe was where it says to place the chicken in cold water after cooking. I suspect this was mostly for the convenience of a professional kitchen, where the chicken may have been cooked well before the final assembly.

Recipes for fricassee I have found in other books say to boil the chicken longer if you have an “older, tough bird.” Chef Oscar makes no such mention, but then I’m pretty sure the Waldorf only bought young, tender hens for their patrons. 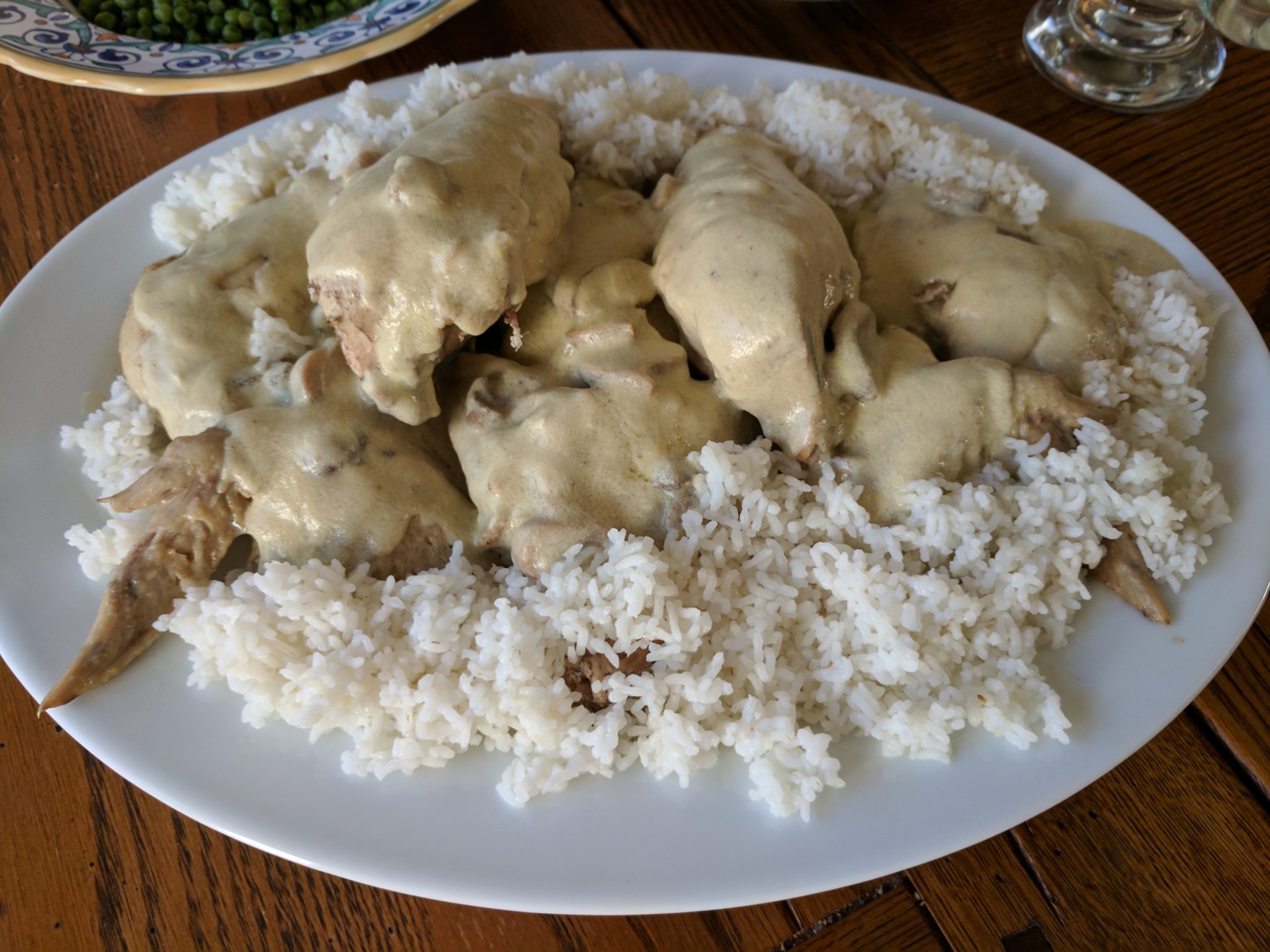 The recipe really does not call for much salt. I cooked it "as is" and found it just a touch bland. I suggest seasoning the gravy to taste just before adding the eggs.
For the herbs, I used sage and rosemary, because that's what I had in the garden. Thyme would be excellent, and a bay leaf or two would not be out of place.
The original recipe says to arrange the mushrooms around the edge. I assume that means they strained the mushrooms back out of the gravy? Seems a little contradictory. I just left them in.