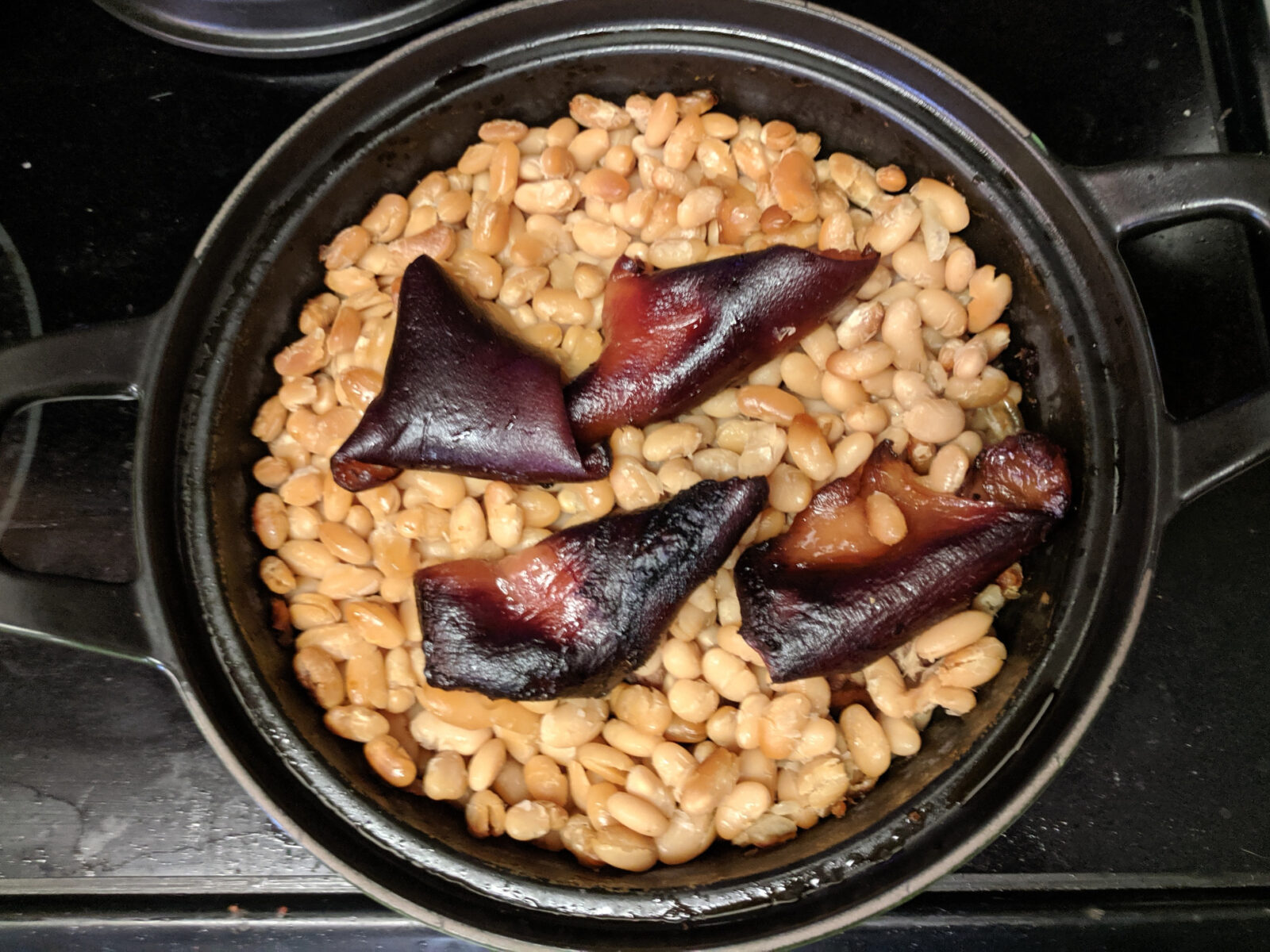 There are probably few recipes that are so easily identifiable as American than Boston Baked Beans, but most people today probably have never actually had an authentic version. Today’s baked beans are extremely sweet, swimming in a syrup of various sugars and spices. Whereas yesteryear’s baked beans were elegant in their simplicity, beans, pork, and maybe a spoonful of sweetener.

As you see above, there’s really not much to it. And if you’re thinking to yourself, “that looks awful bland and uninteresting” well, you’re not alone, I thought that too. The secret is the long cooking time. This allows the flavor of the beans to develop, and to absorb the flavors of the smoked pork.

For the smoked pork in this recipe, I cut the meat from a smoked ham hock I got from my local butcher. I cut the skin from it first, and reserved that to place on top of the beans for more flavor. Regular ham will work, but it should be a good smoked one, not the water-infused type normally found in the grocery store. A very lean, smoked bacon will work in a pinch, if you can get it in chunks, not slices. Modern salt pork is not a good choice, it is far too fatty. Salt pork in the 19c and earlier was much, much leaner. 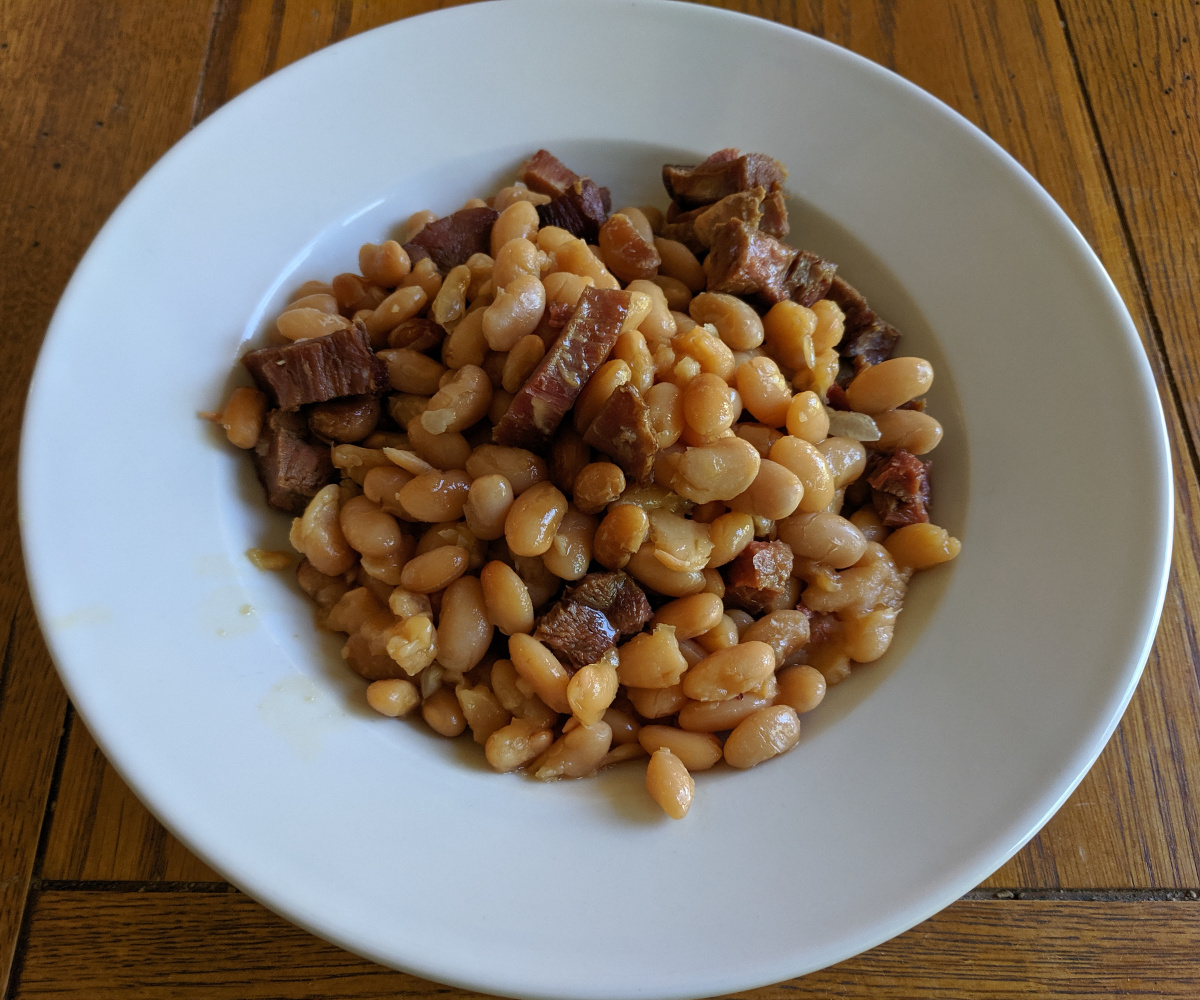 Just about any type of bean can be used, though different beans will affect taste and the cooking time. I used Great Northern beans.
For the smoked pork, I cut the meat from smoked ham hocks I got from my local butcher. A good smoked ham will work, but the liquid-cured hams found in most grocery stores will not work near as well. Modern salt pork should not be used, it is far too fatty. 19th century and earlier salt pork was actual meat, not fat chunks.
Similar recipes of the time period did add some sweetener, but not very much. If you wish, you can drizzle a tablespoon of molasses on the top of the beans before baking.